doFORC is a portable (standalone) application working on various operating systems, is made using only free libraries, and it is made freely available to the scientific community.
Even if doFORC is mainly dedicated to FORC diagrams computation, it can smooth and approximate the derivatives of a general set of arbitrarily distributed two-dimensional points.

The main features of the doFORC tool are:

The main doFORC interface allows to: 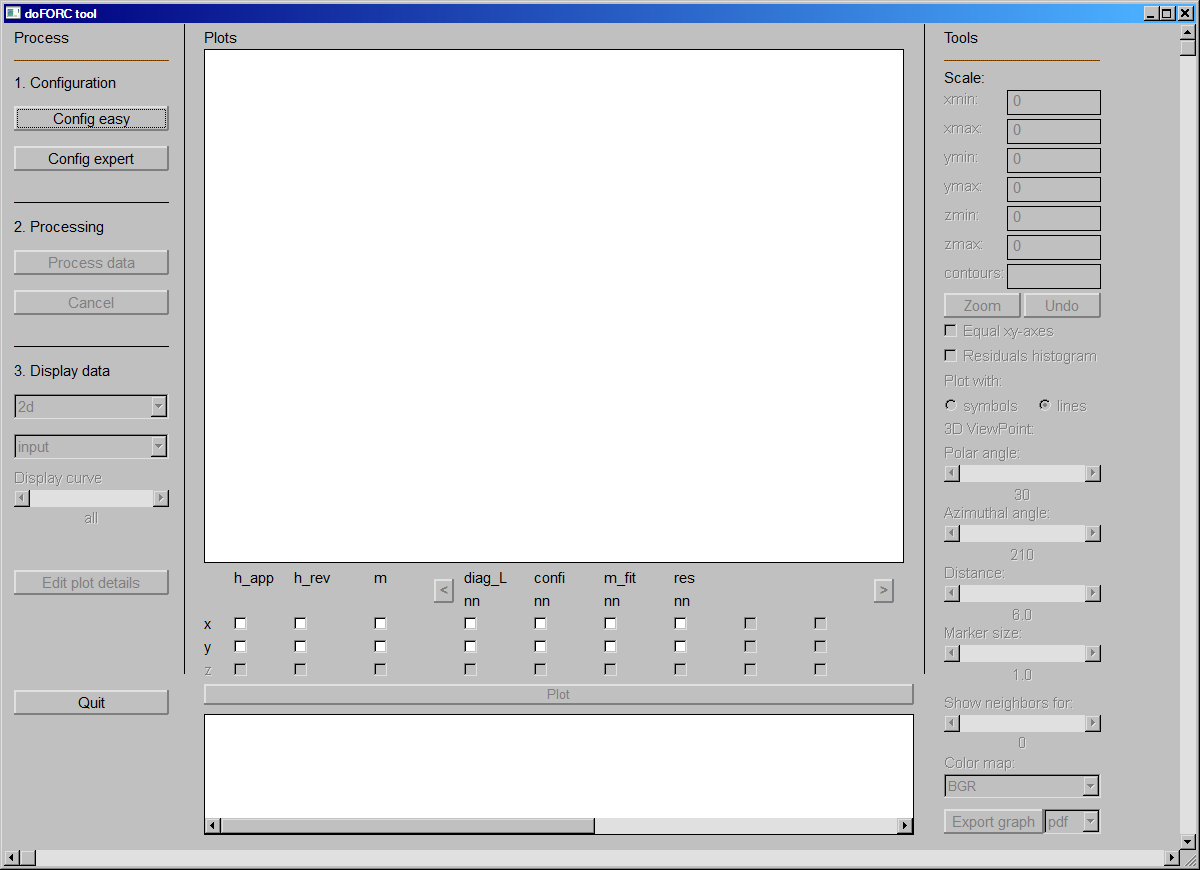 The parameters needed for data processing can be set by one of the two methods:

For an existing configuration file:

The configuration file provided as an example contains extensive documentation in the form of comments. 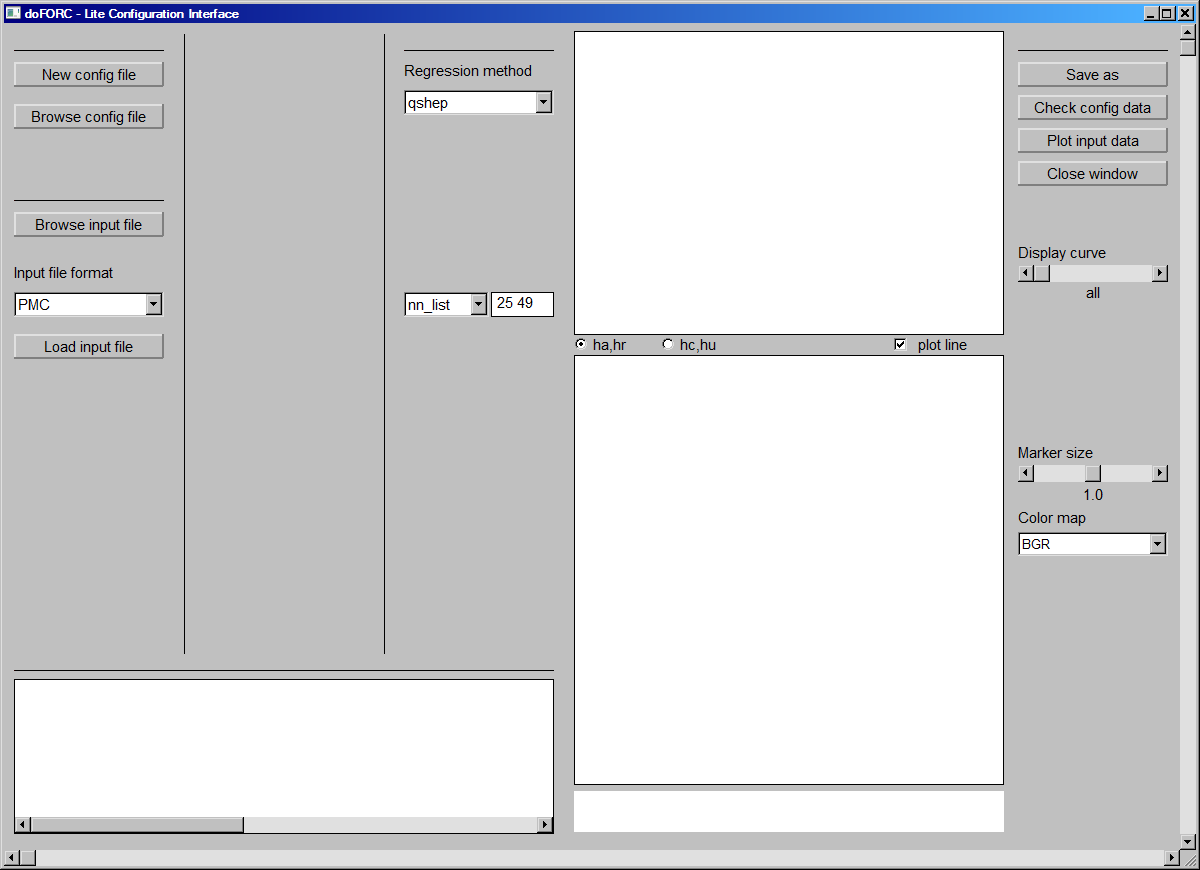 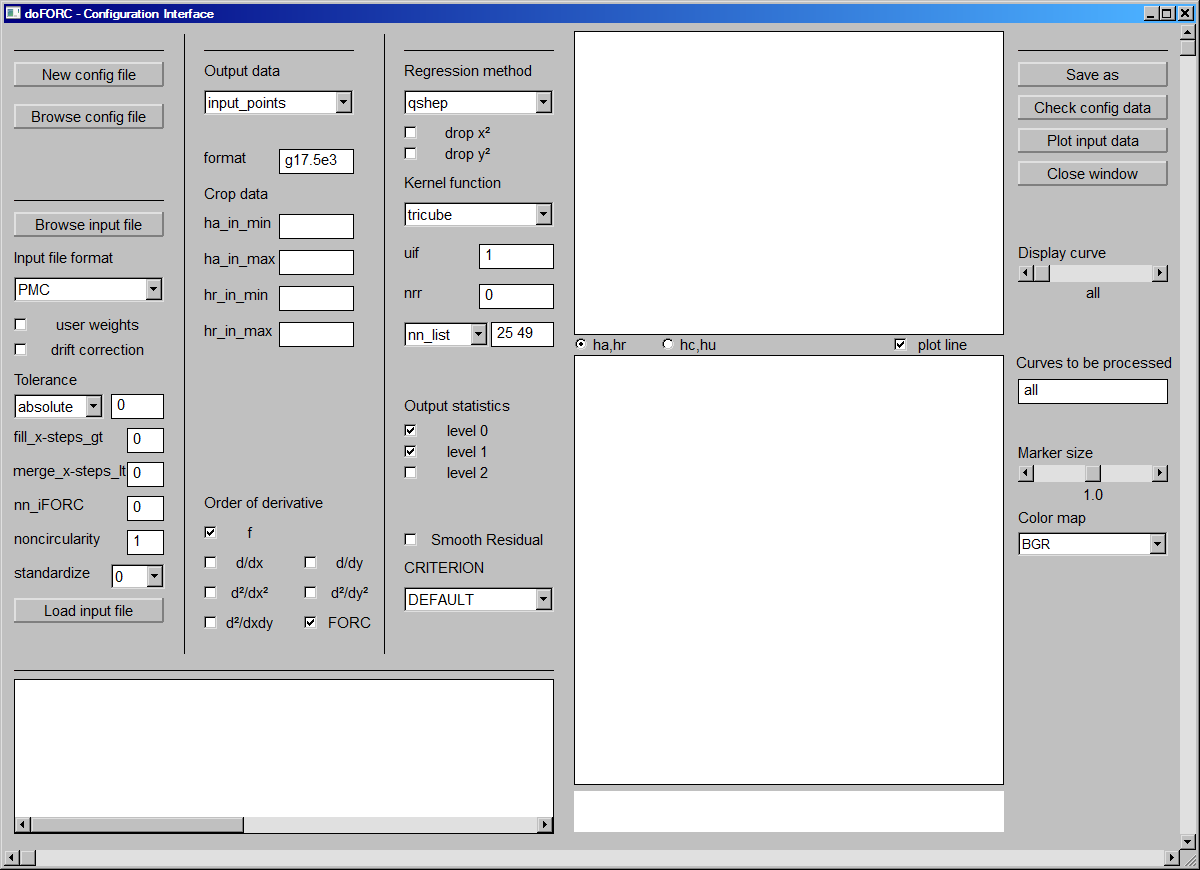 The Plot details interface allows to:

The command prompt contains both the messages displayed in GUI and others in addition.

The error or warning messages from the numerical subroutines are displayed only in the command prompt. 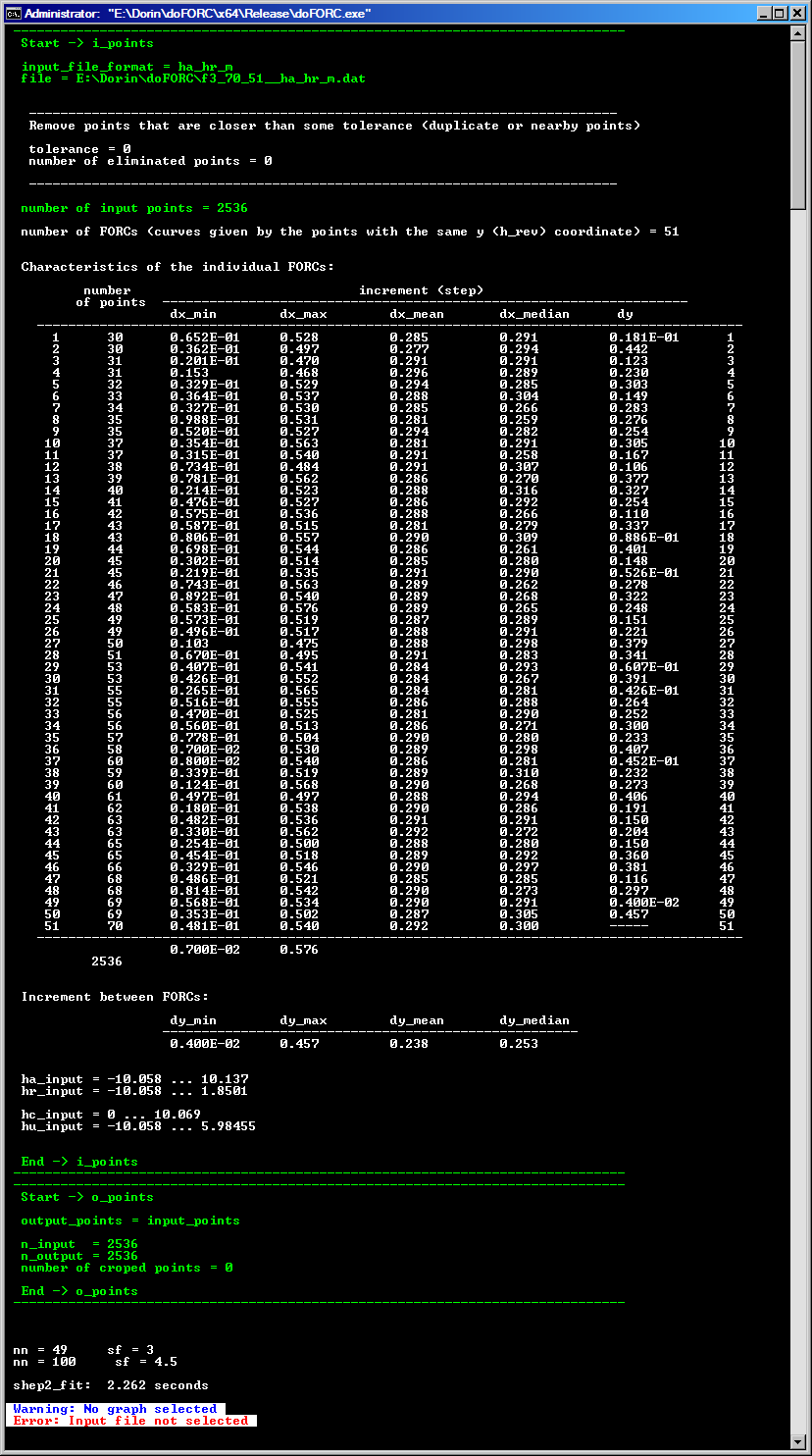 Files and data saved by doFORC

doFORC save the processed data into new files whose names are obtained from the input_file by appending new strings before the extension. If files with the same name already exist, then they will be overwritten.

The pseudorandom number generator is initialized by the $seed$ number, so that each value of the seed generates other realization of the true values for the selected function: 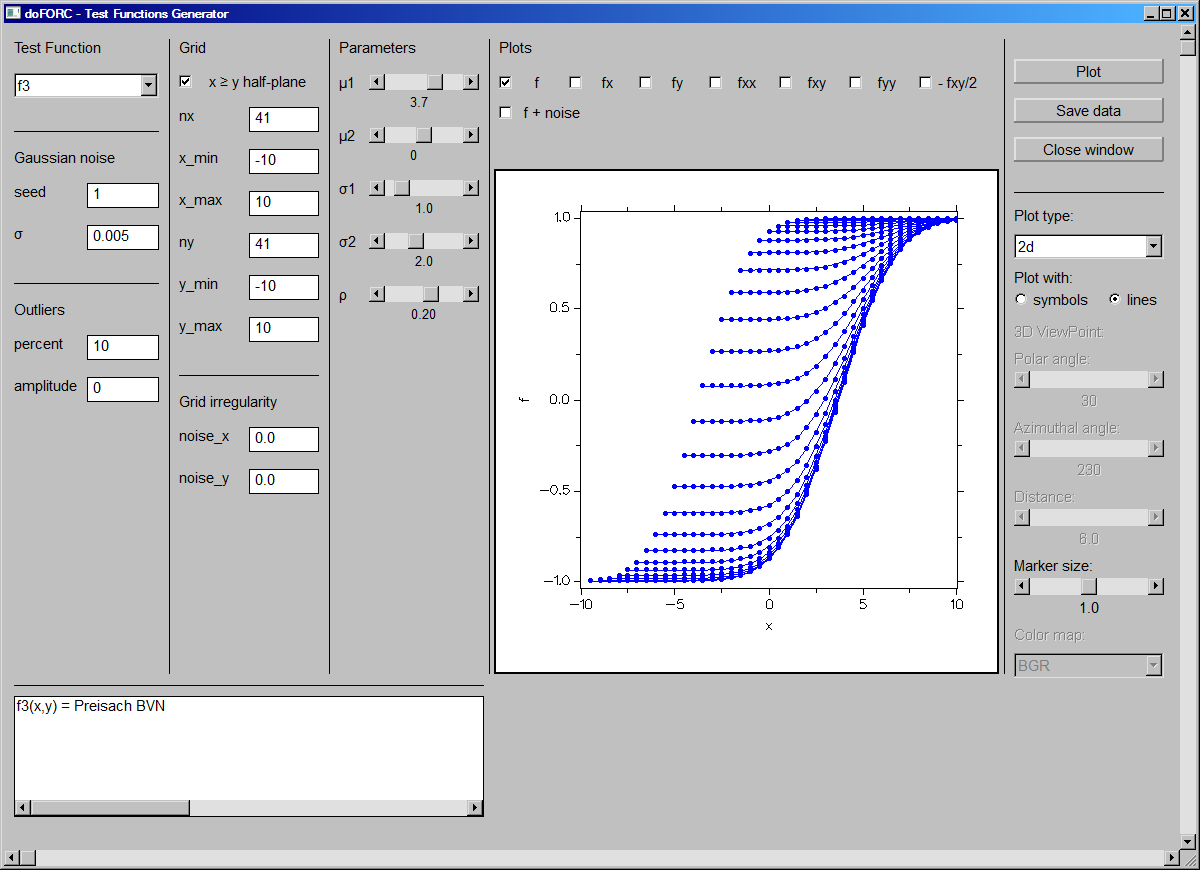 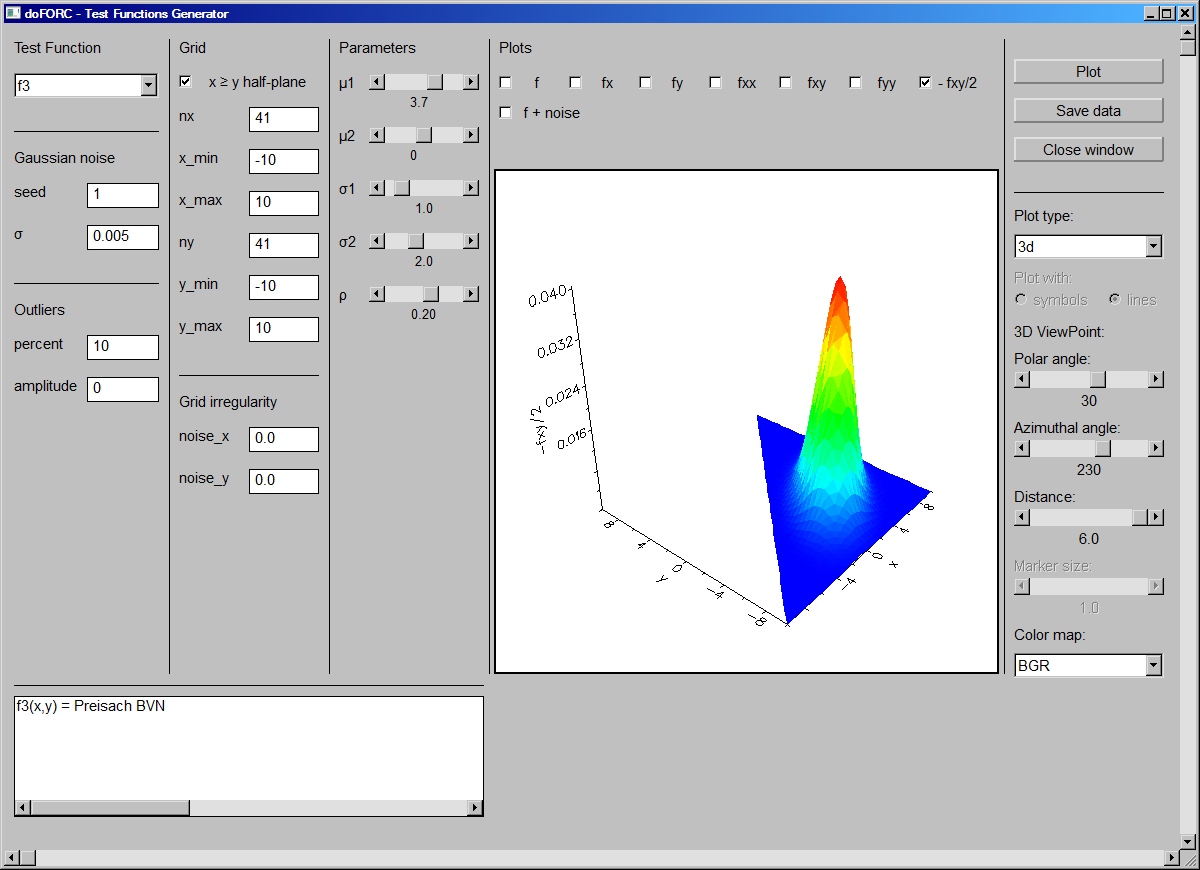 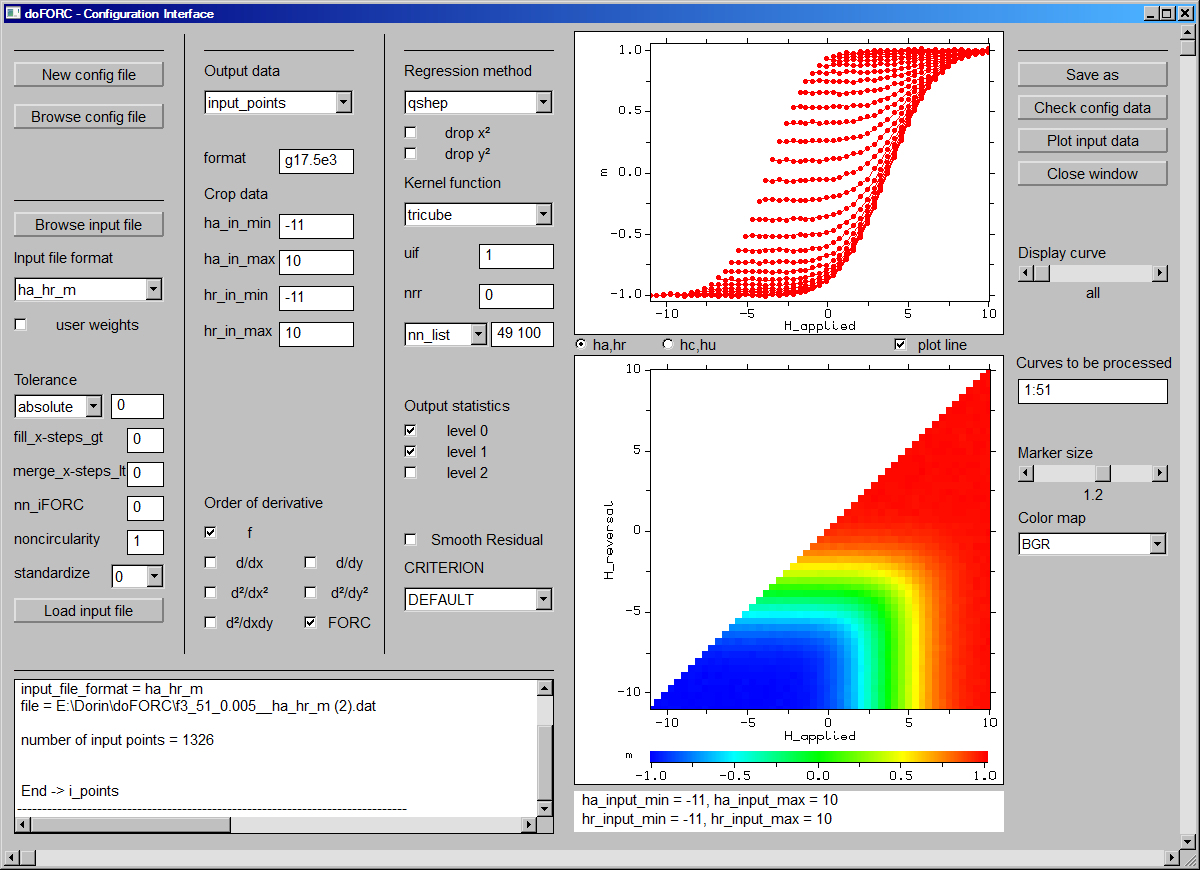 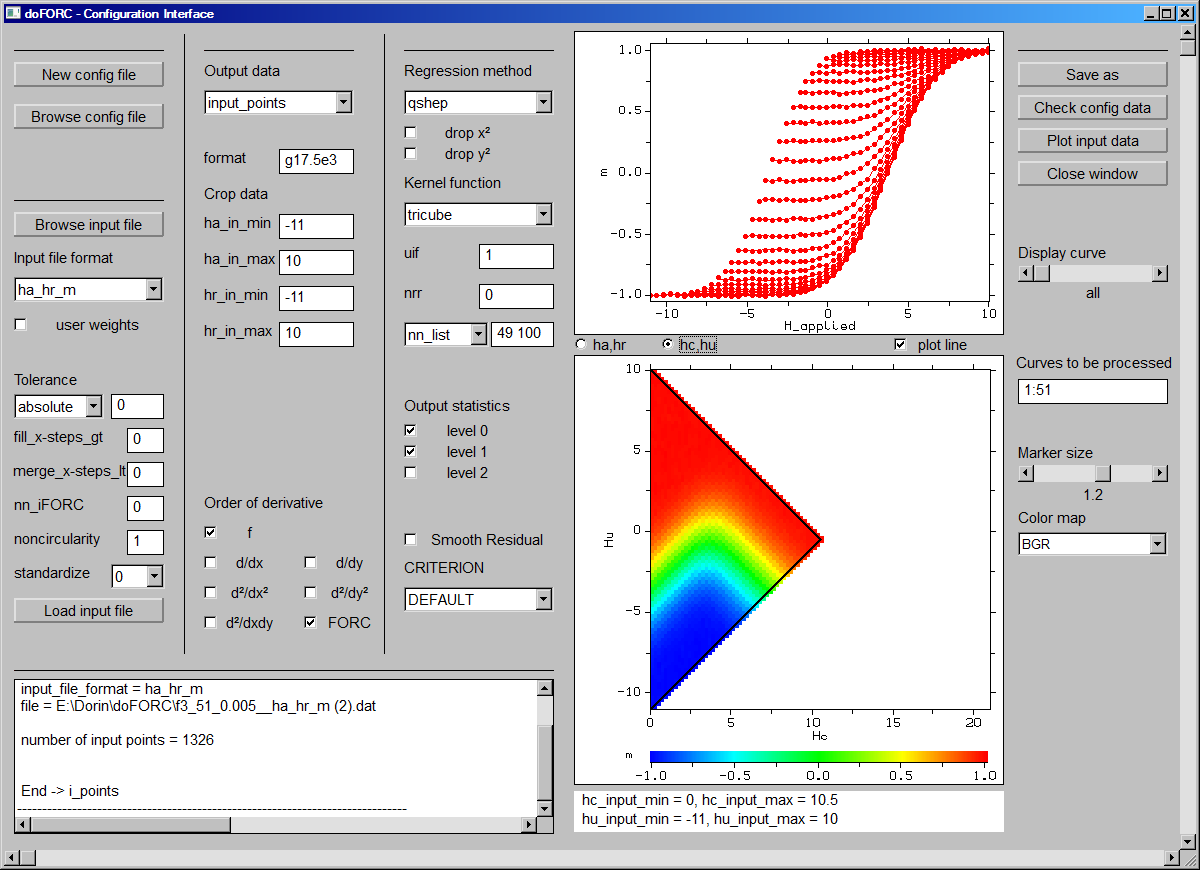 "Display curve" can be used to plot only an individual curve or only a subset of the input curves. 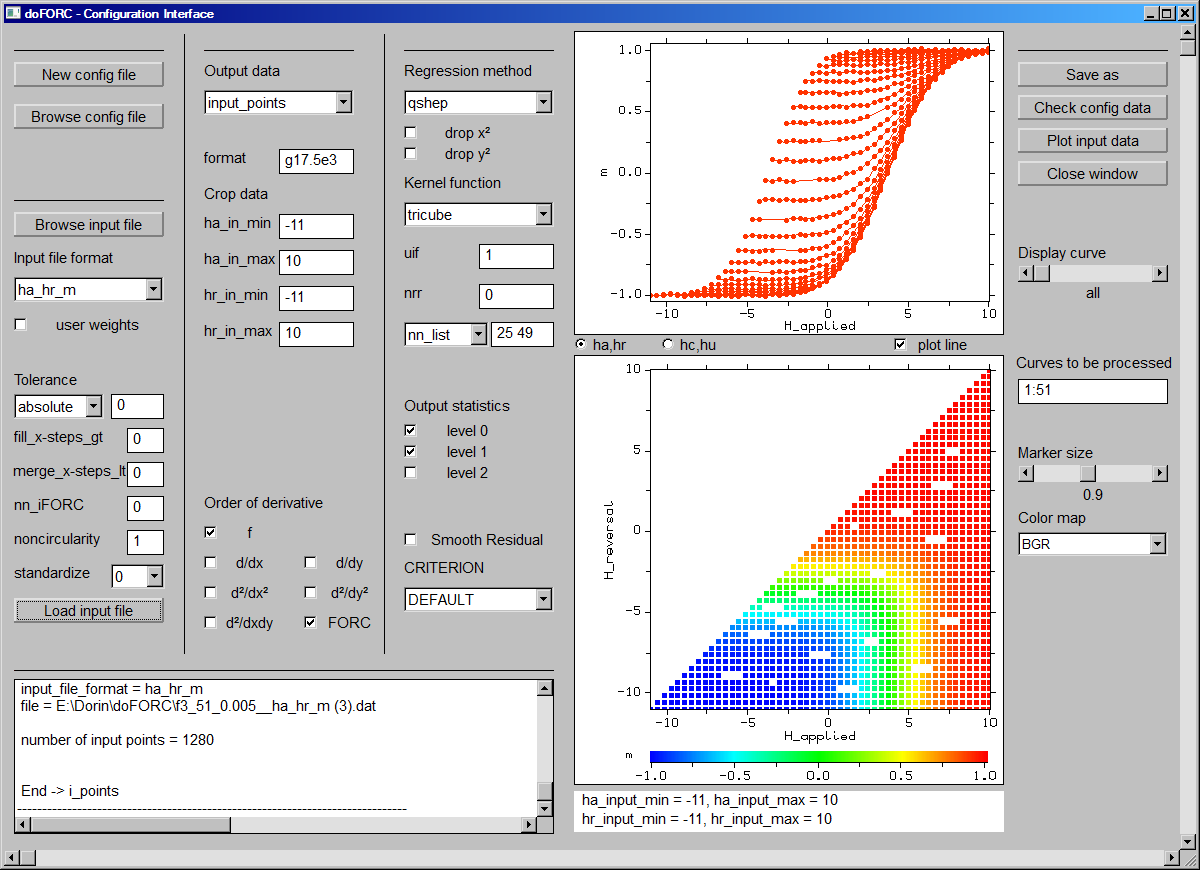 nn_iFORC allows to set the number of nearest neighbors used to smooth each individual FORC with respect to $h_{applied}$, in the preprocessing step. 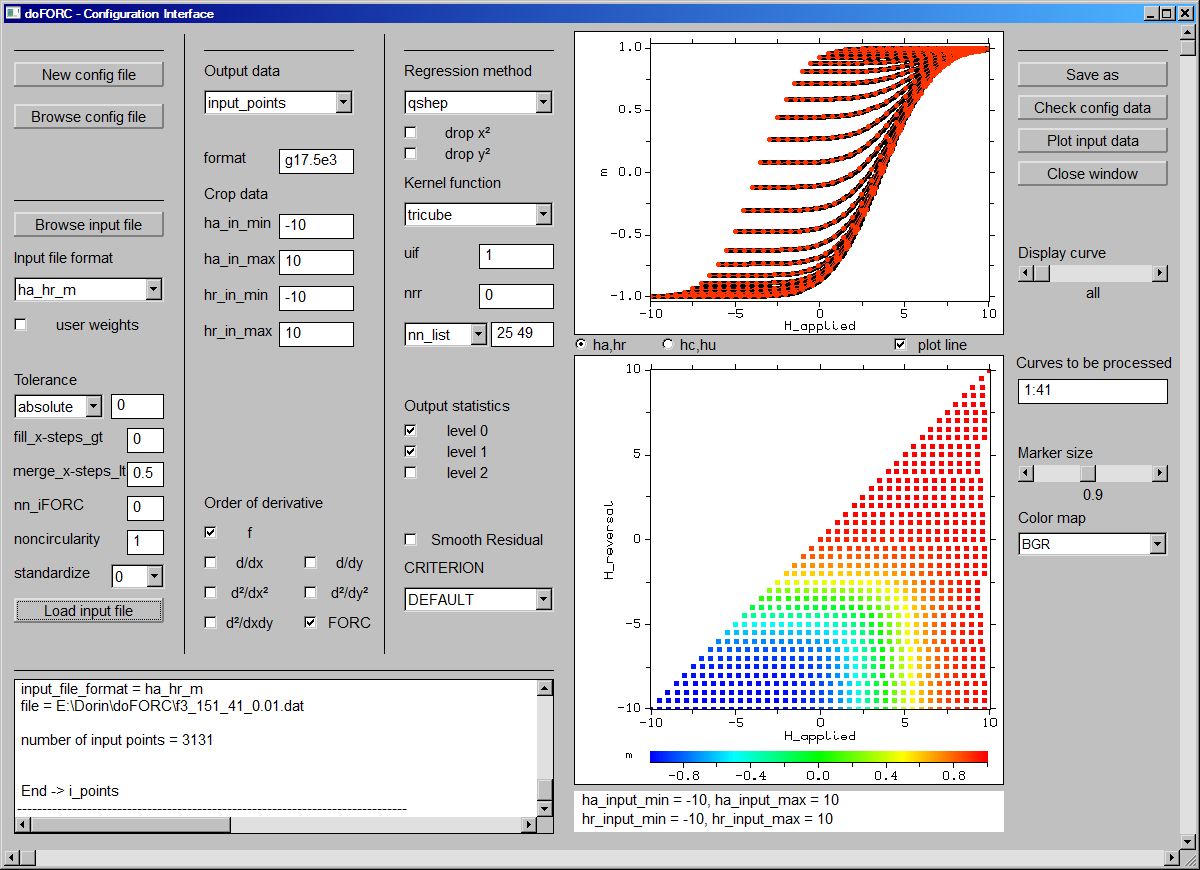 2D plot of both the input data and the smoothed data.

The visual analysis of the agreement between the input data and the smoothed values is a mandatory step, as it allows the identiﬁcation of the underﬁtting and overﬁtting situations. 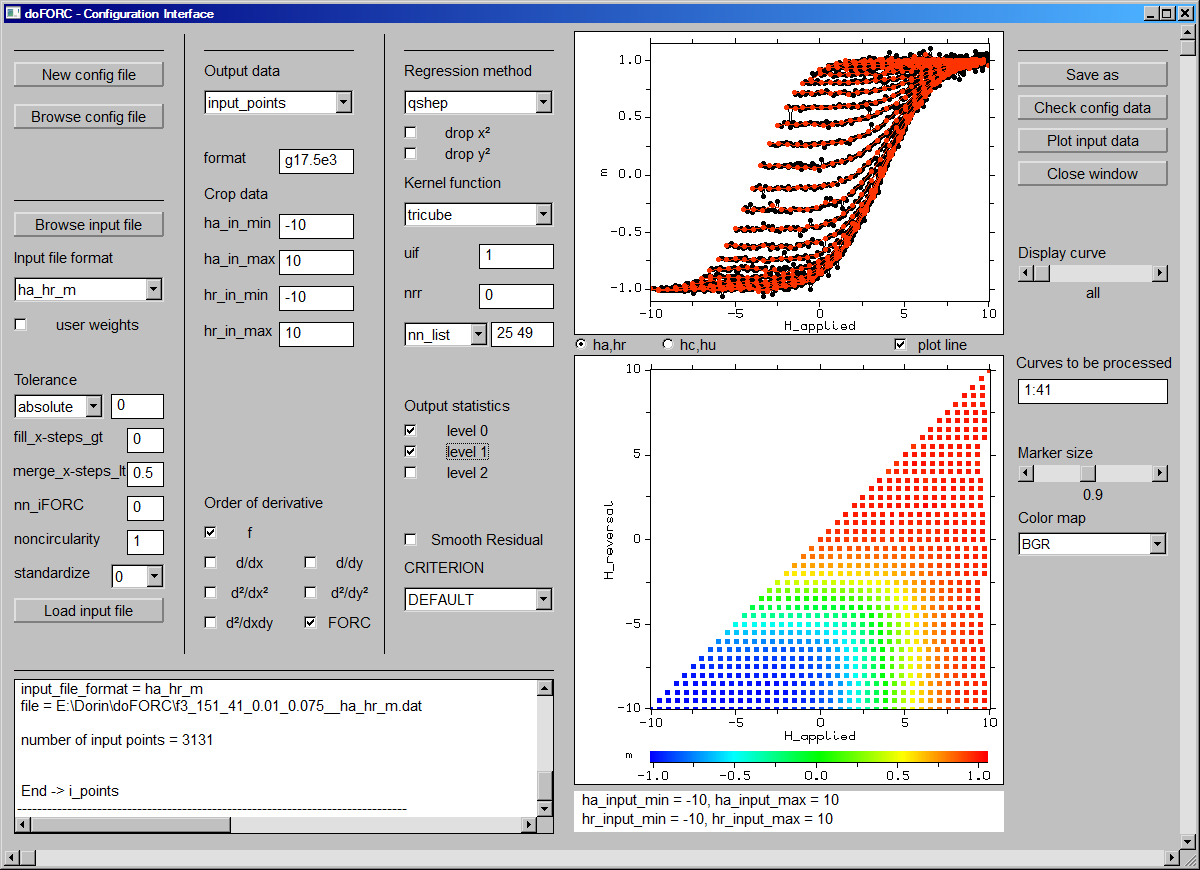 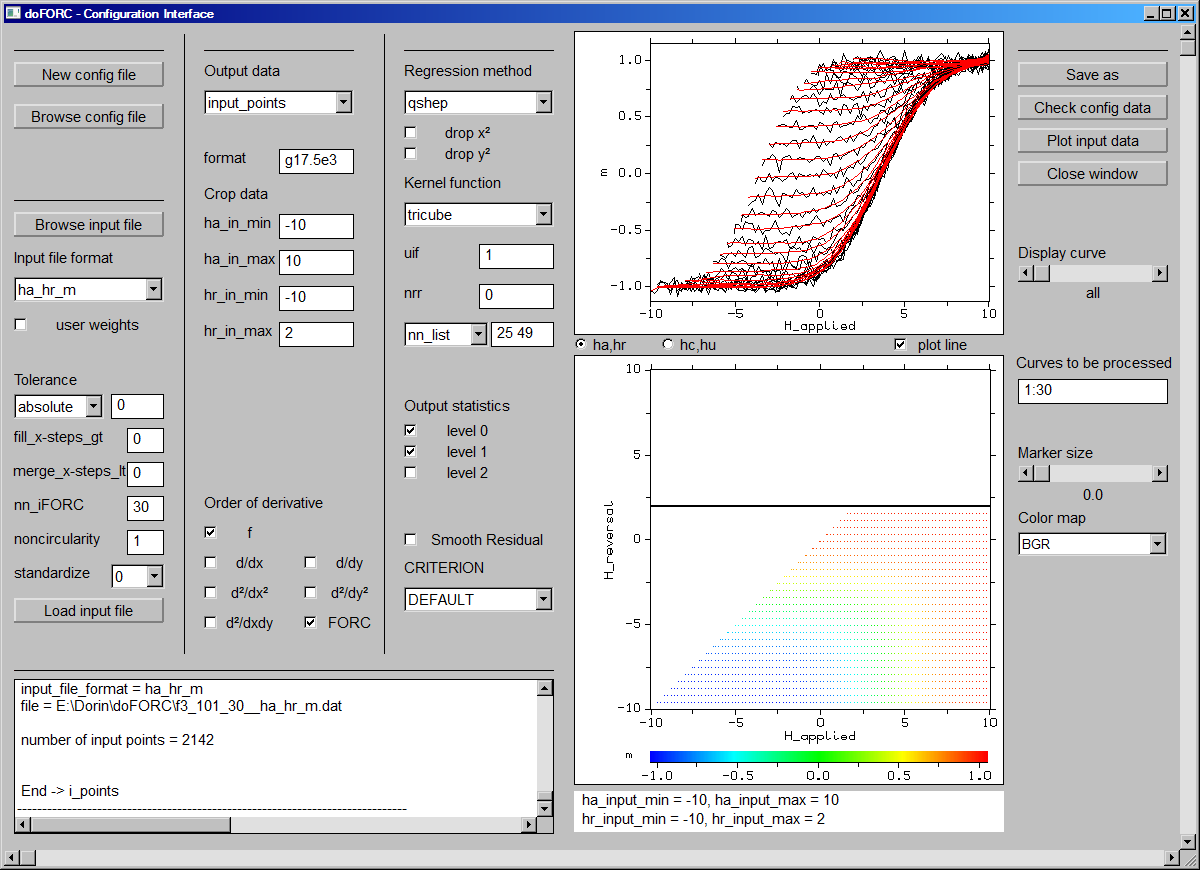 If the imput data or the output data obtained with output_points = user_points option are represented as a 2D plot with only one $y$ selected column, then the nearest neighbors for each input point can be represented graphically using "Show neighbors". 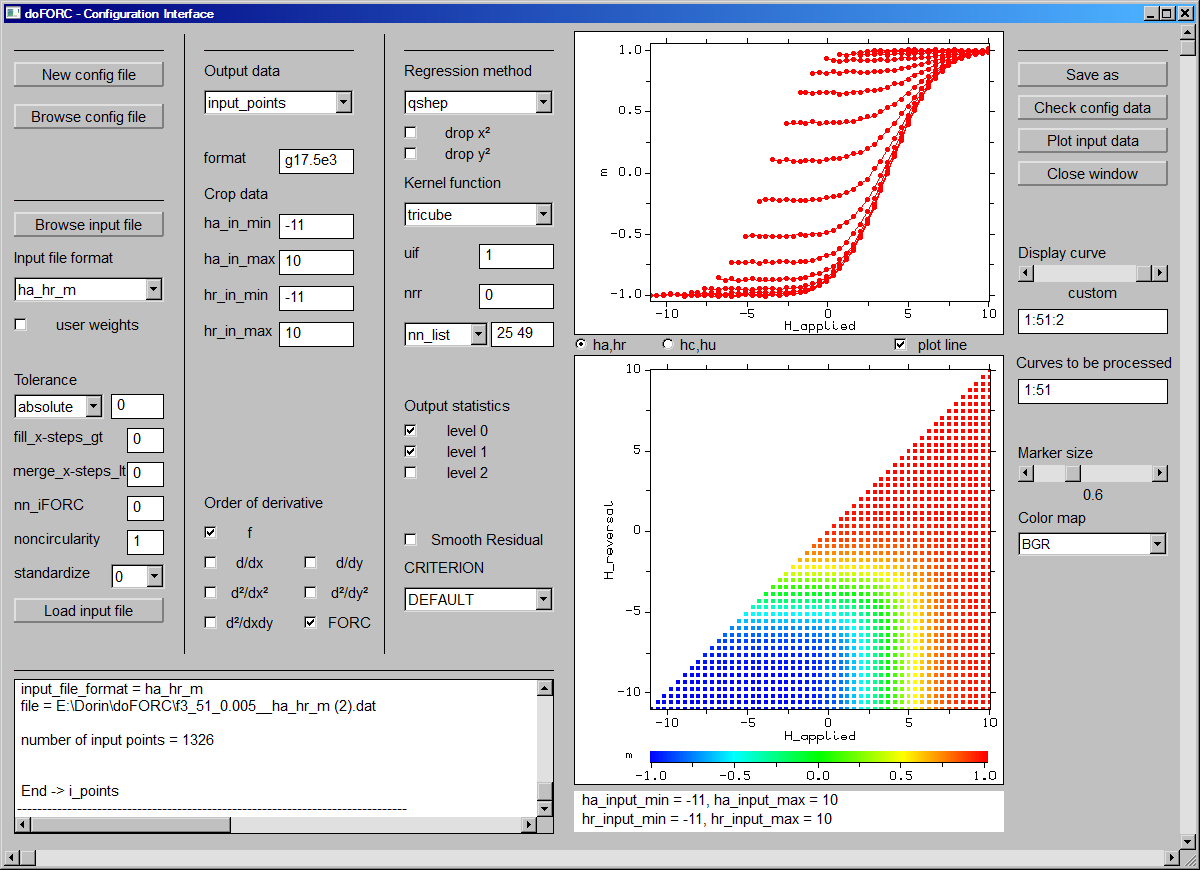 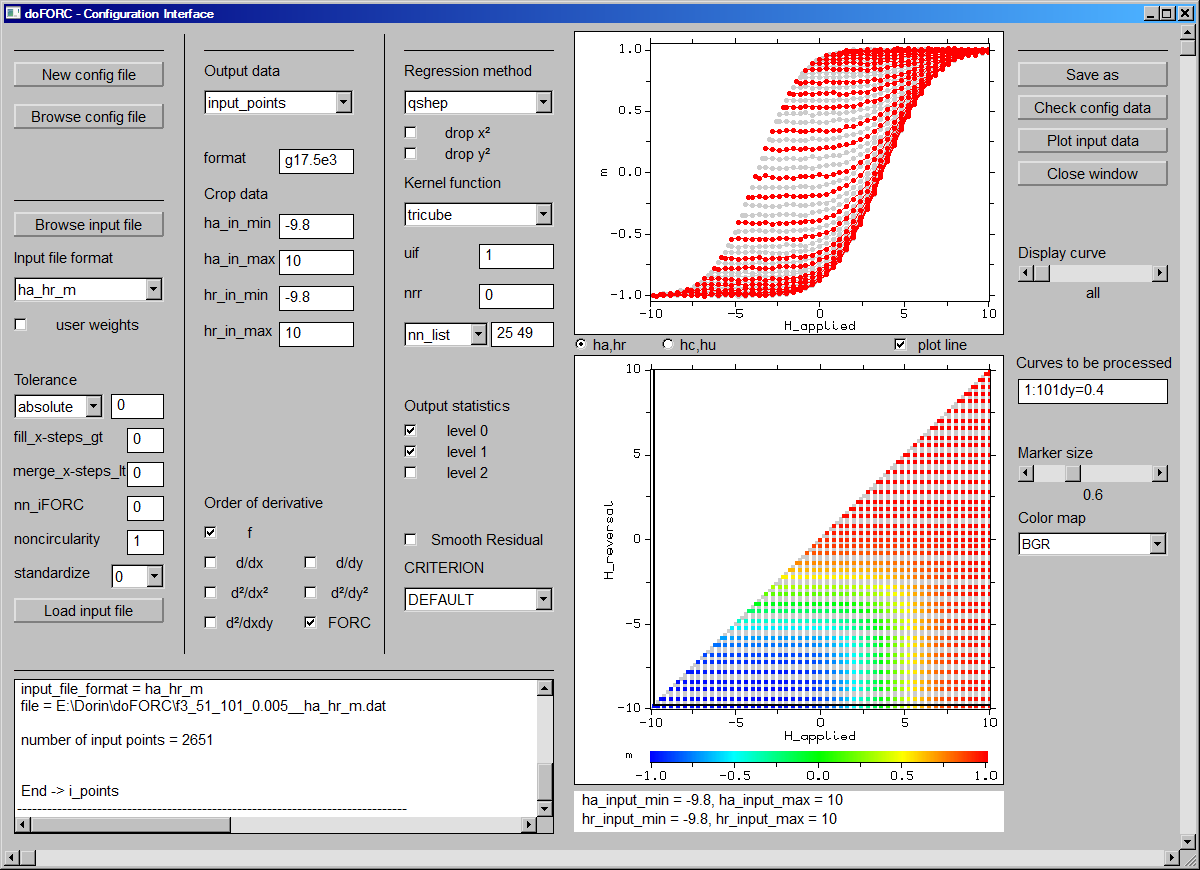 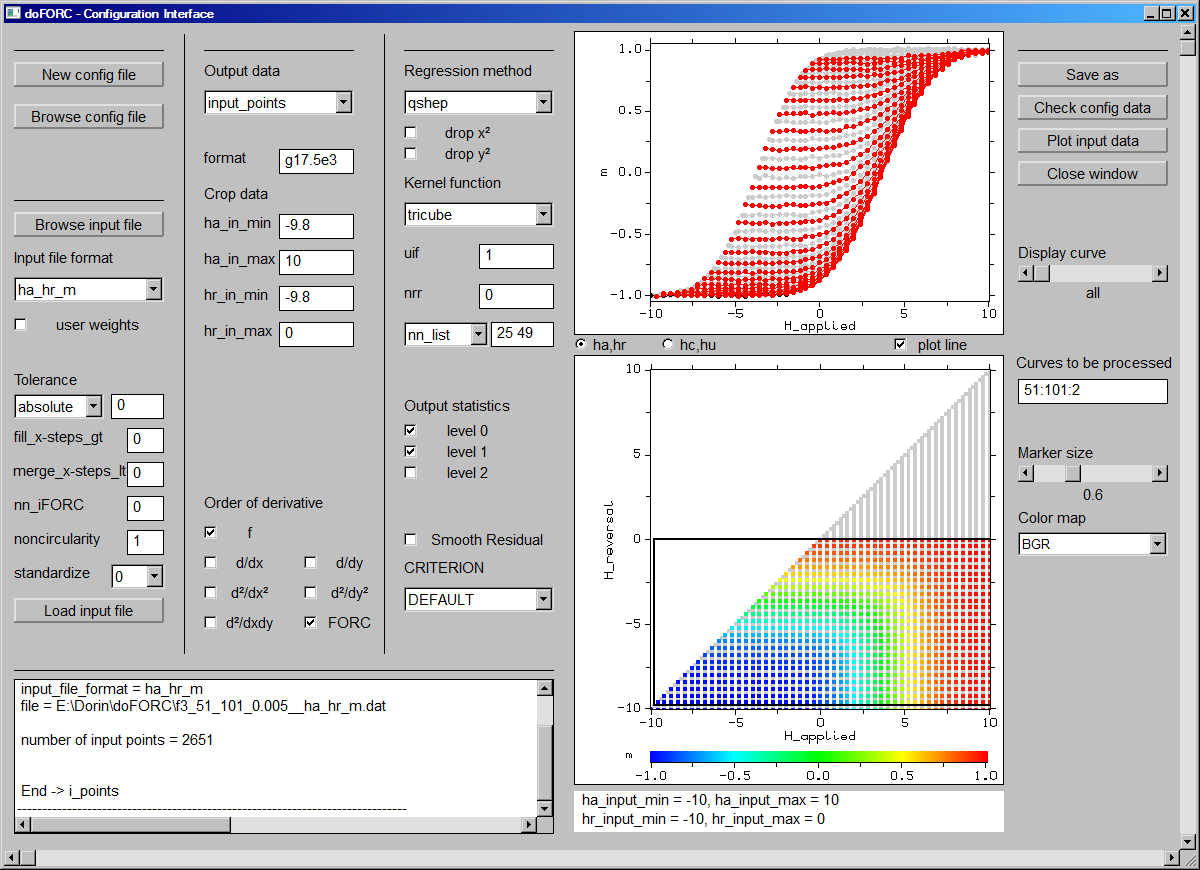 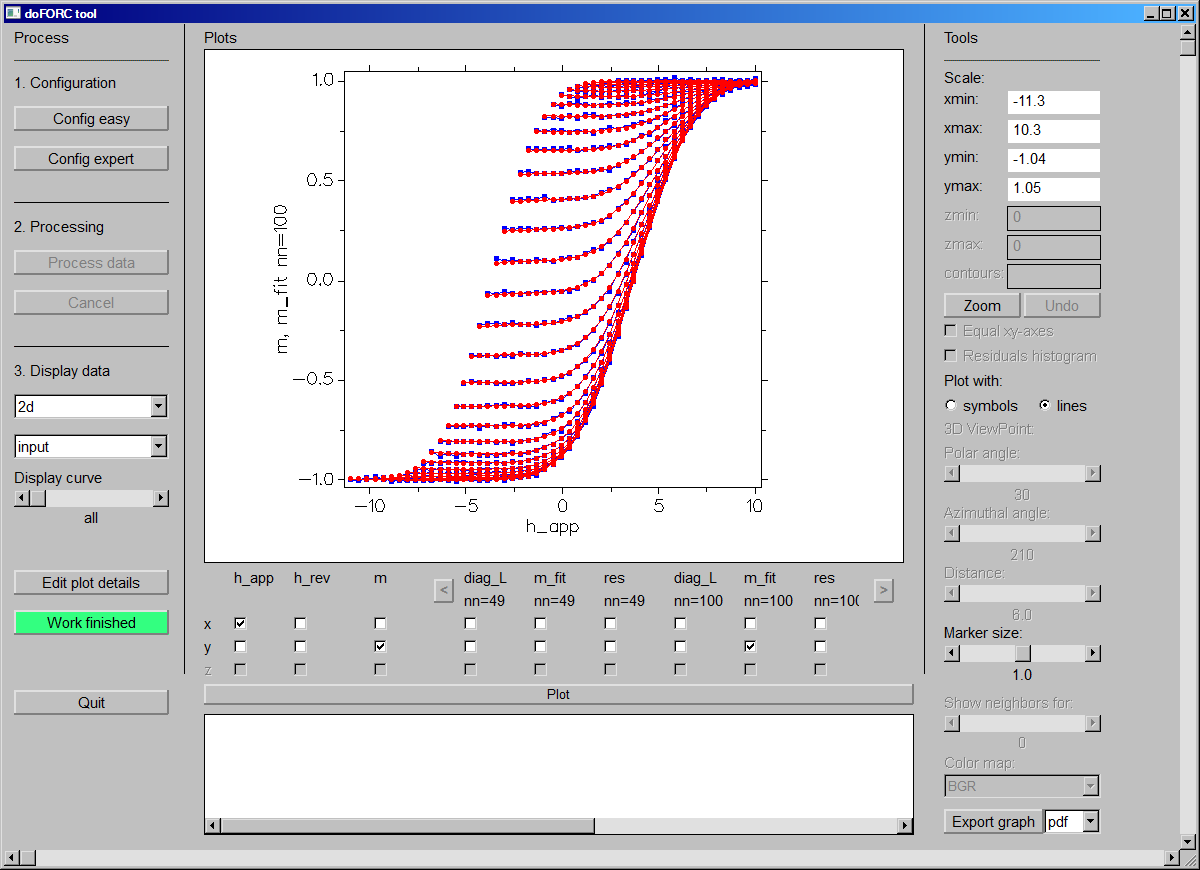 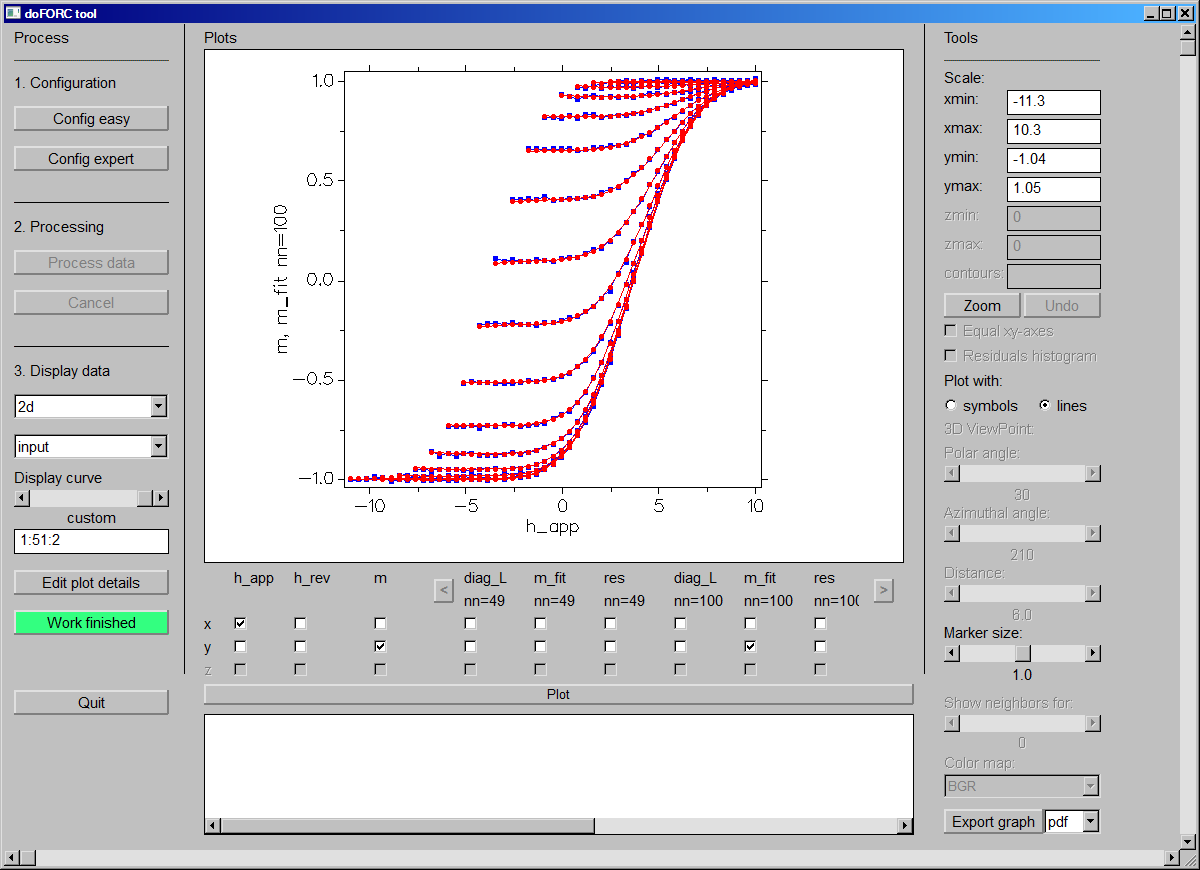 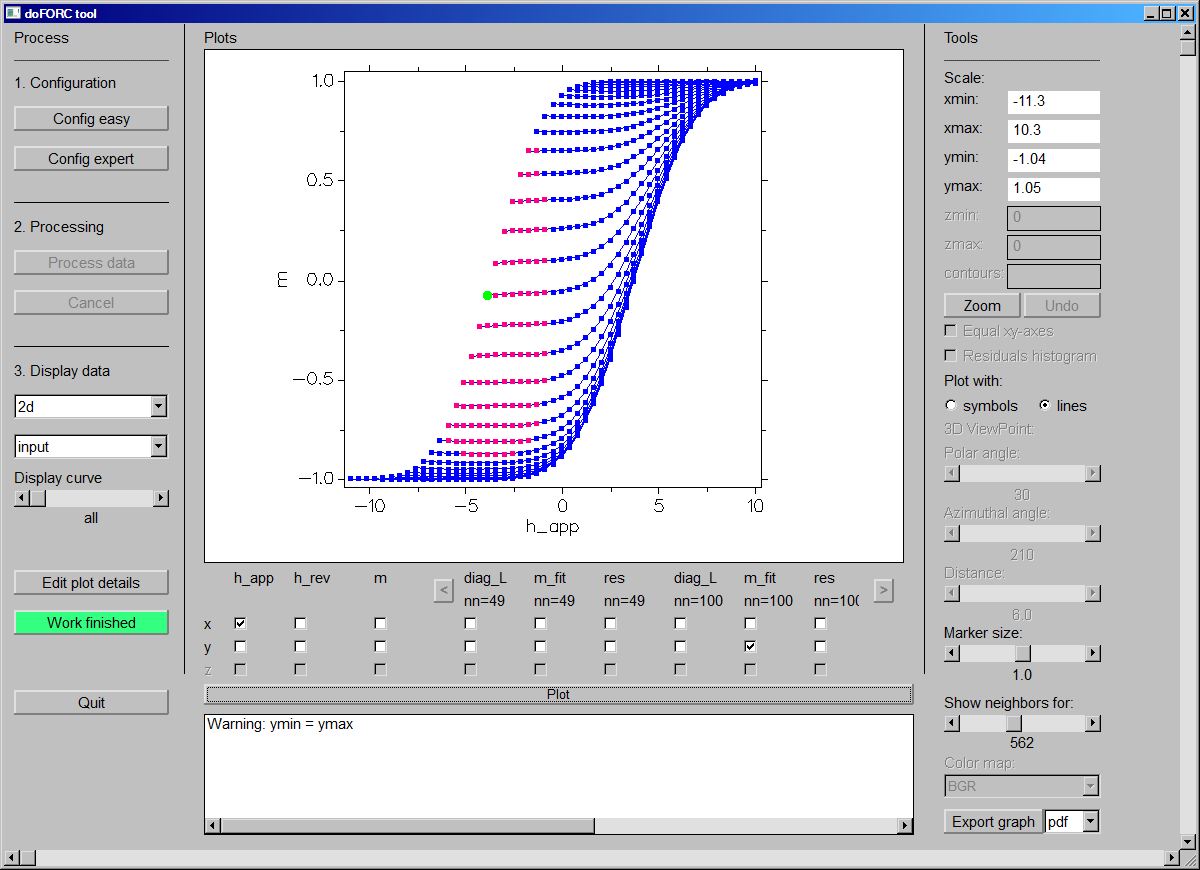 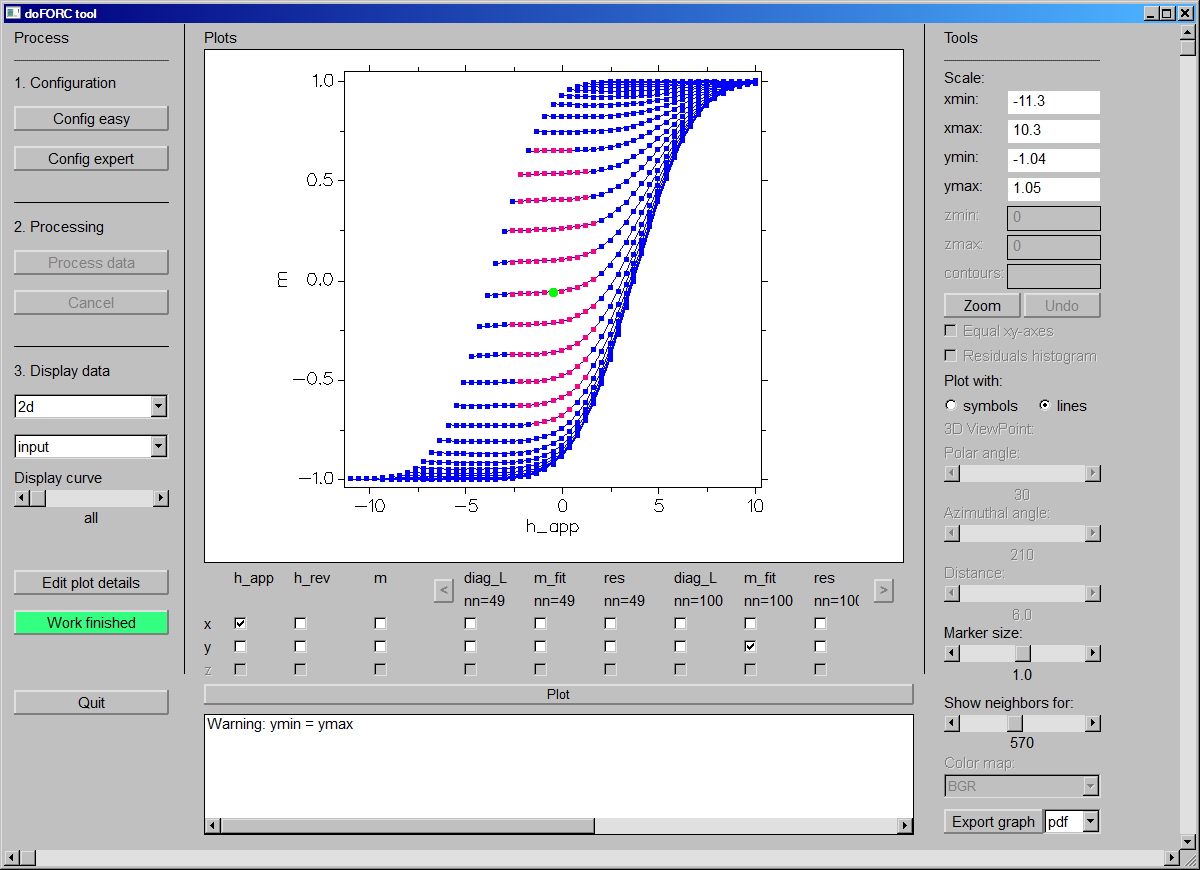 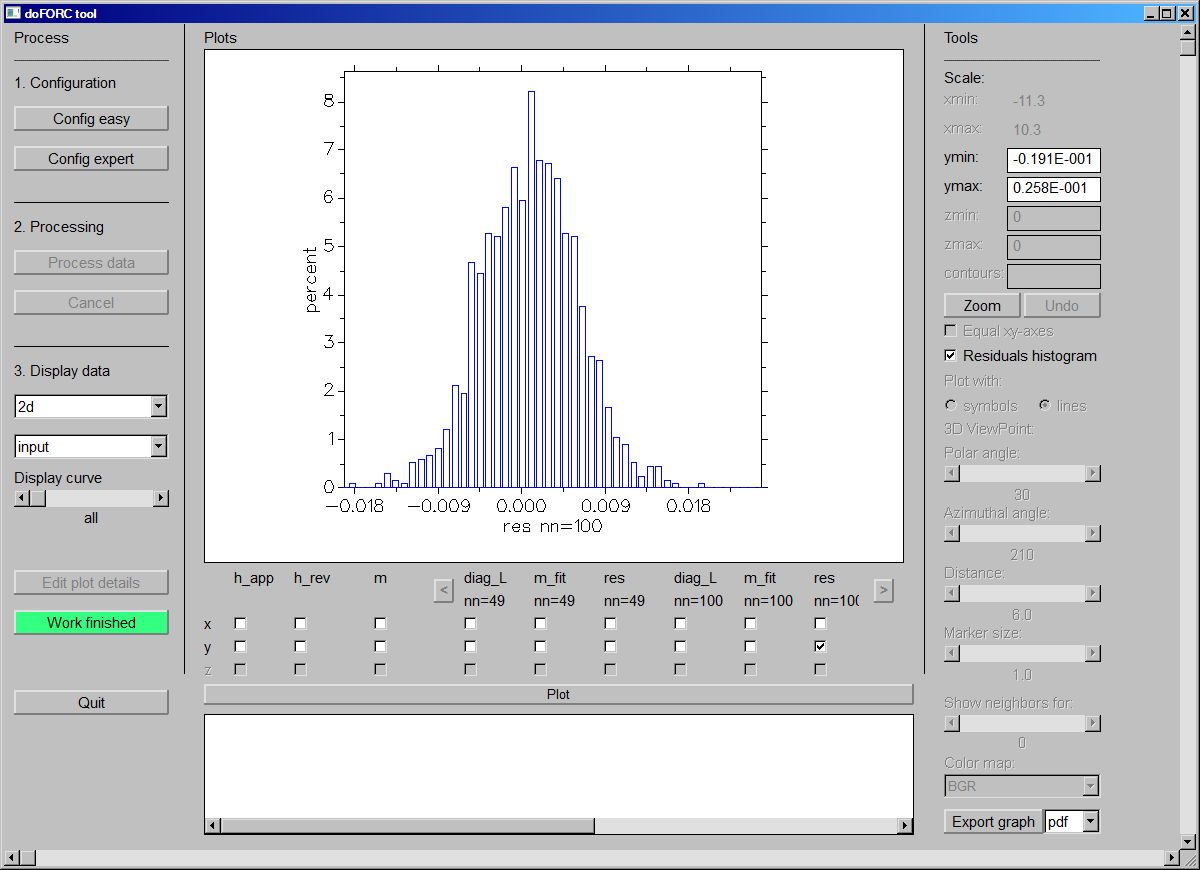 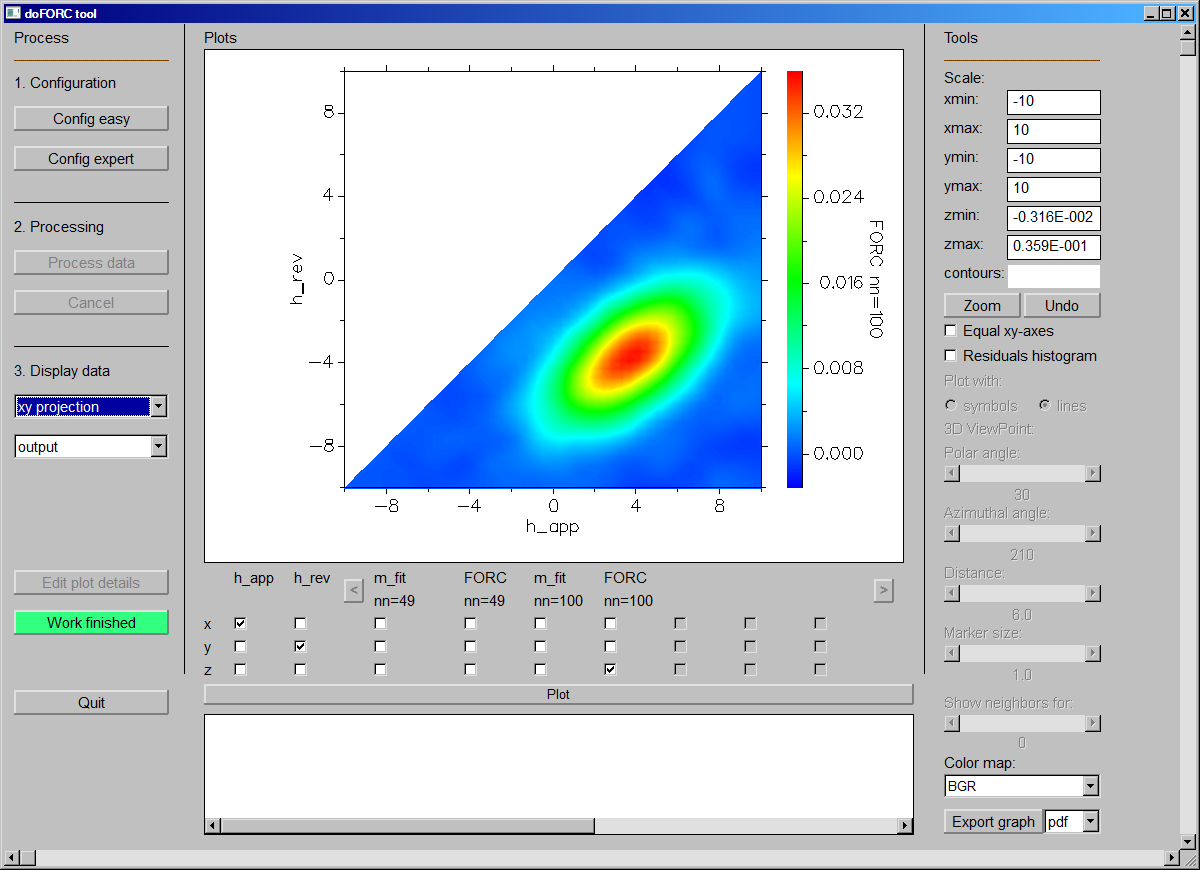 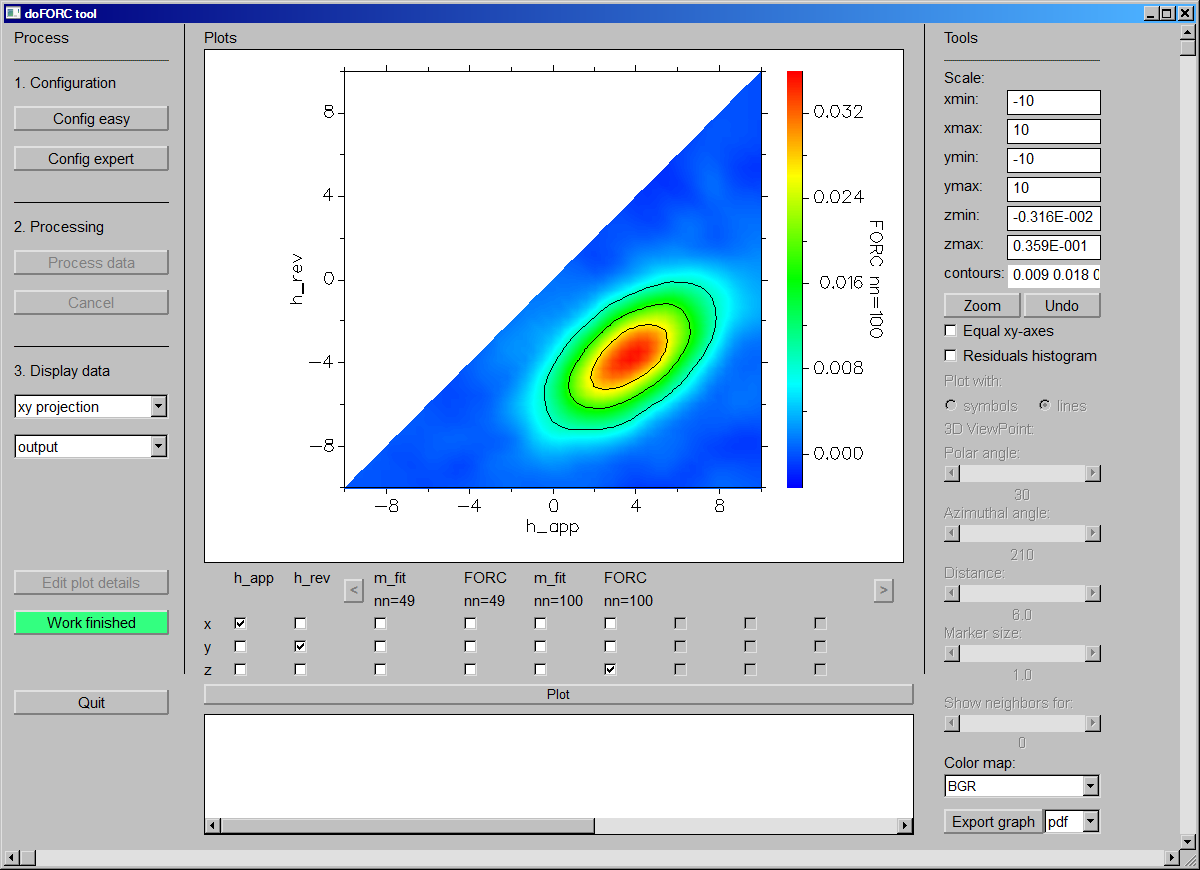 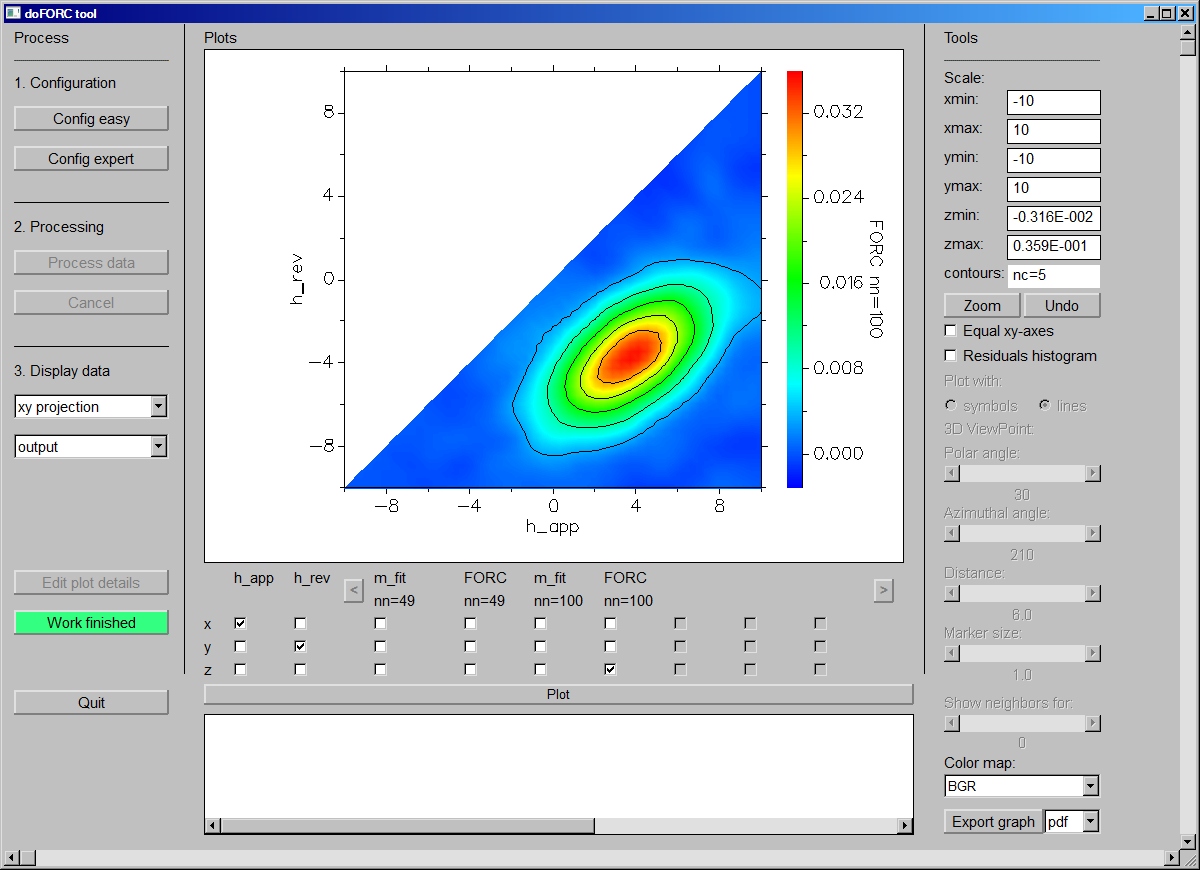 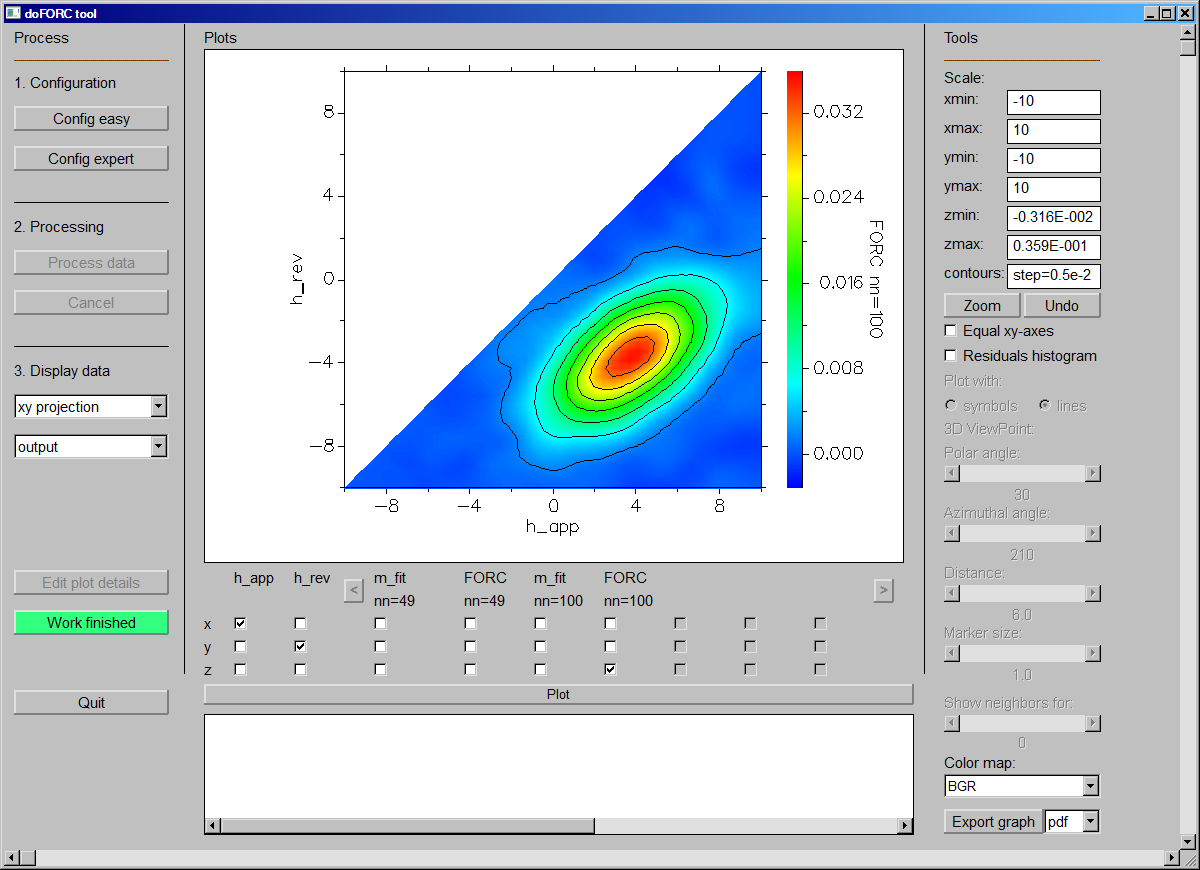 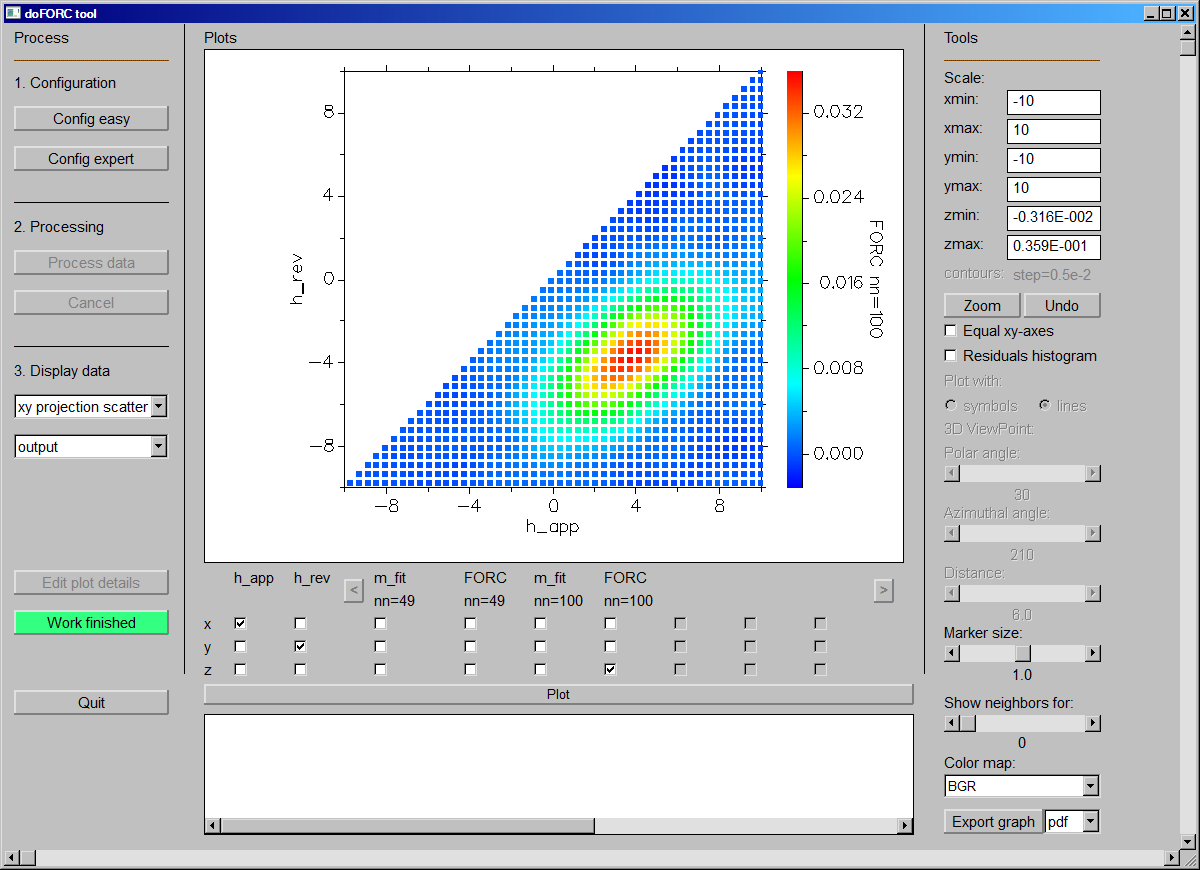 Even if doFORC is mainly dedicated to FORC diagrams computation, it can smooth and approximate the derivatives of a general set of arbitrarily distributed two-dimensional points. 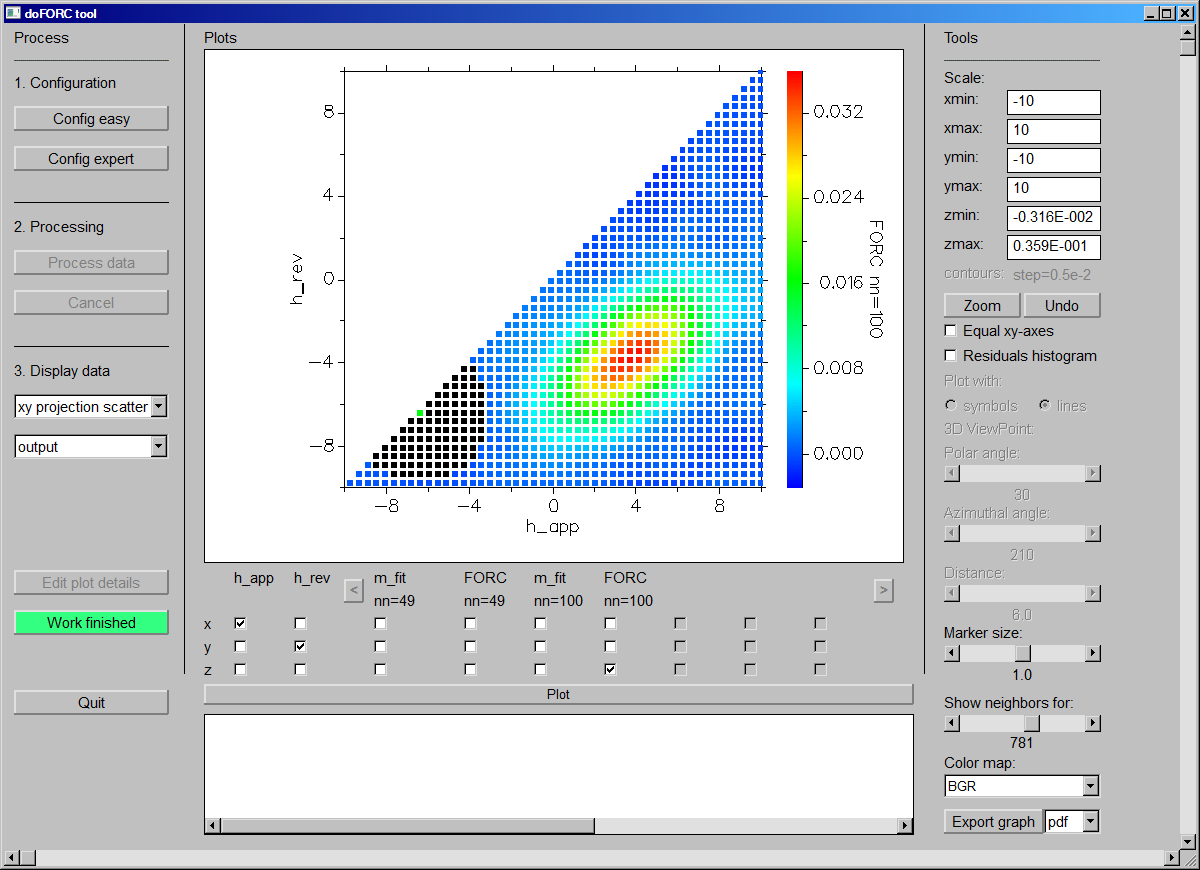 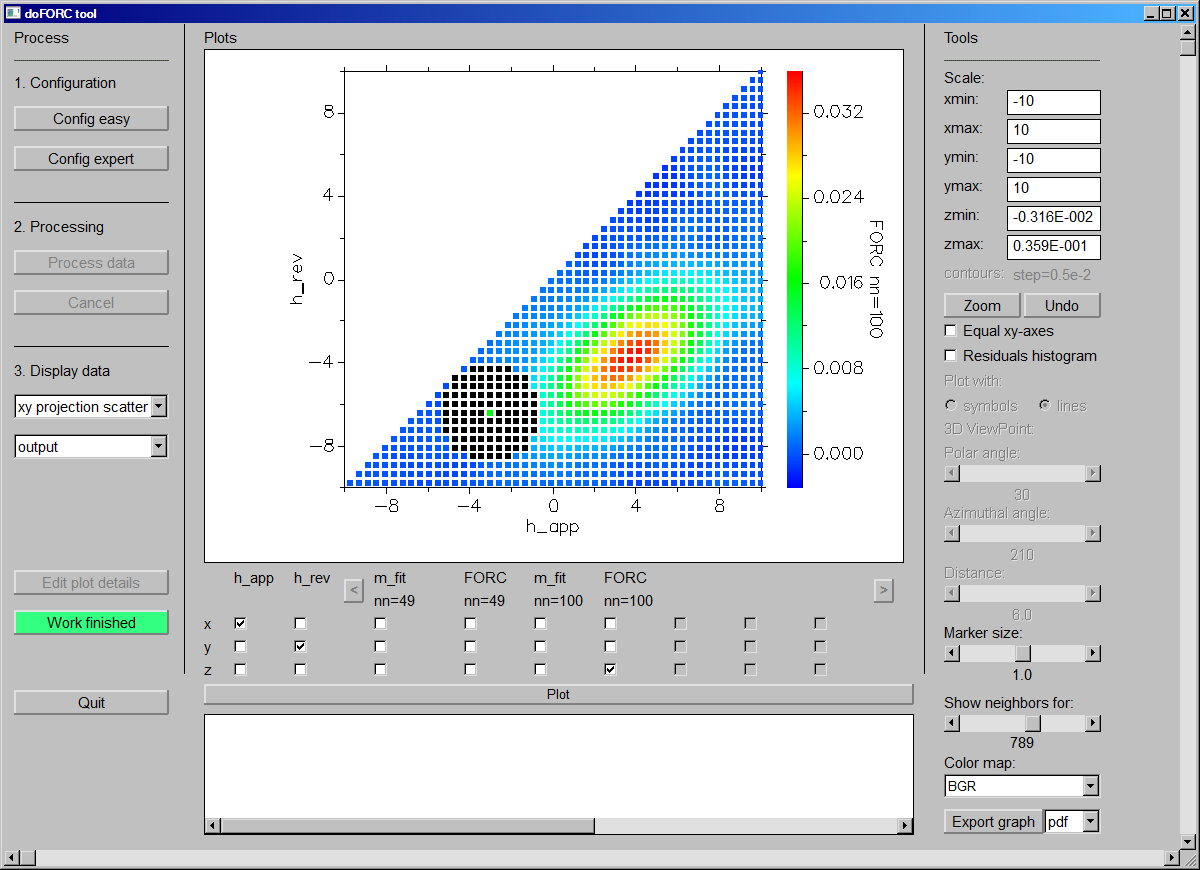 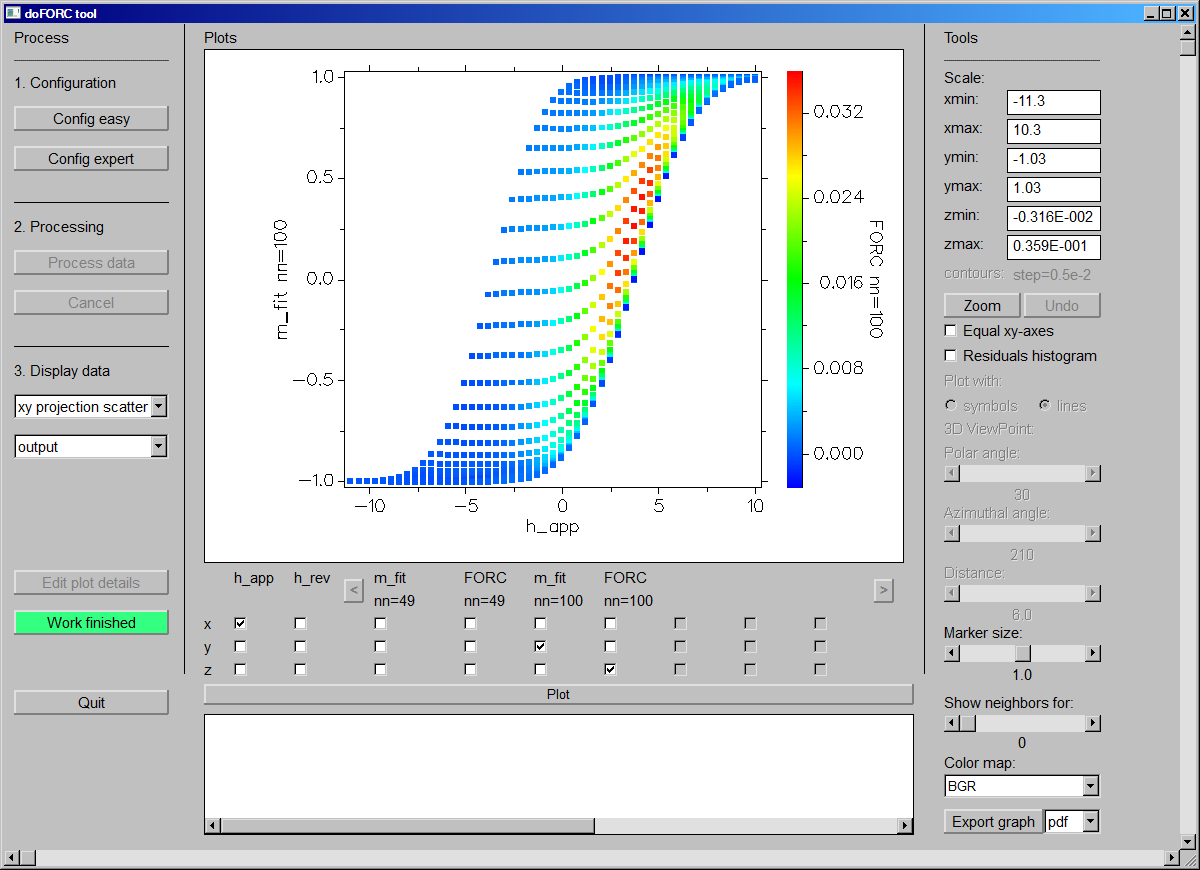 The Plot details interface allows to edit the axes titles, to set the position and the number of the ticks on the axes, and to add text on the graphs

The text characters are interpreted using LaTeX markup, allowing to include Greek letters, special characters (such as integral and summation symbols), superscripts, subscripts, to modify the text type and color. 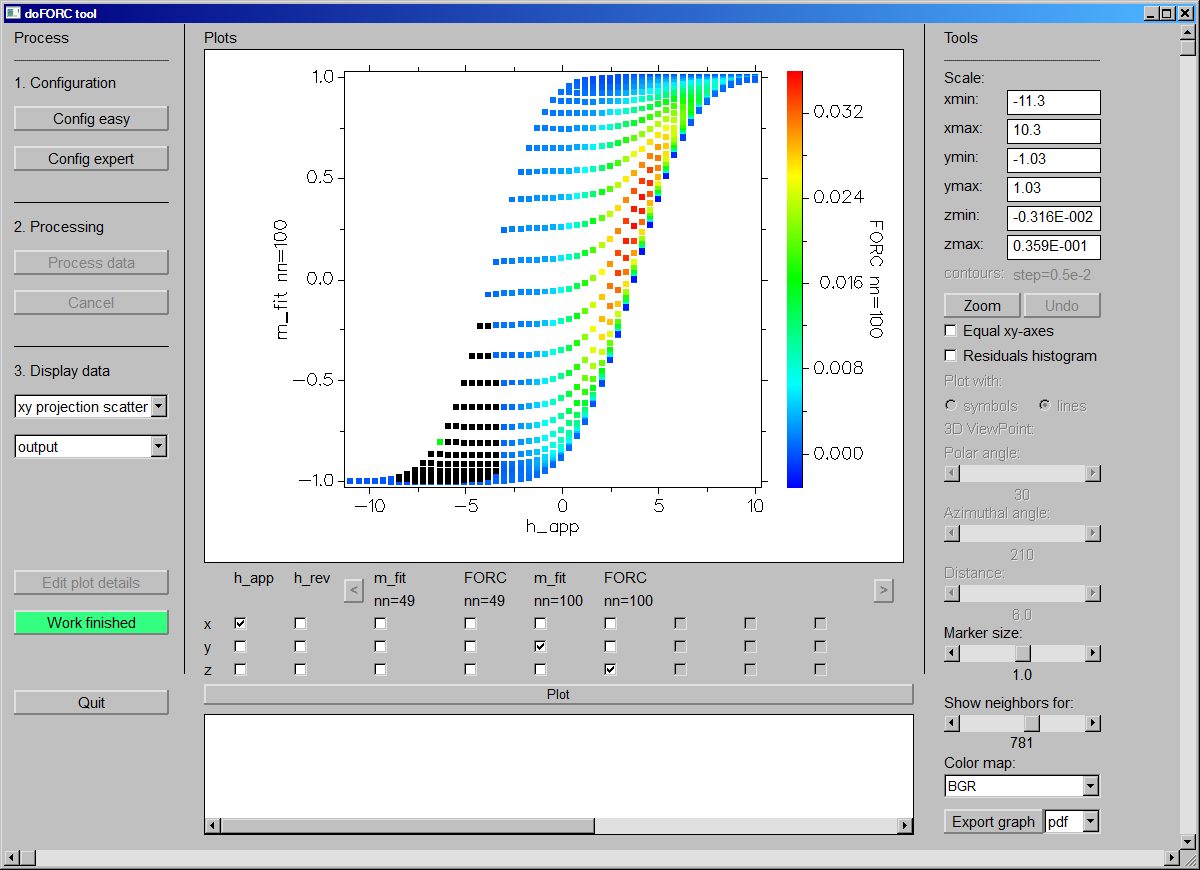